Since starting in Gloucester in 1990 Severn Poultry has grown on a number of occasions from purely a wholesale company to our current status as a wholesale and processing company being a leading supplier in the south west to retail and catering butchers and wholesalers.

In 1997 a site in Stroud was acquired and the cutting operation was developed to allow us to deal with the growing needs of the industry. A few short years later in 1999 we were able to extend the processing site and moved our head office and cold store to Stroud enabling greater efficiency and stock control.

Over the years we have brought in additions and made improvements that has resulted in us having fully equipped and EC approved cutting plant (UK8003EC).

With further improvements since 2010 we have been able to increase our production to an average of 30,000 birds a week. Last year we installed an automated portion calibration system which allows us to process portions quicker ready for packing. 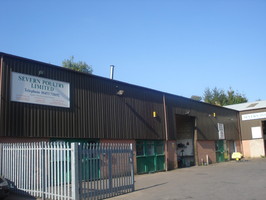 Where to find us:

Please call the office to place an order